A Basic Guide To Settlement Agreements

Your employer has given you something called a “Settlement Agreement” (or told you that they intend to do so).

What does that mean ?

What do you need to do ?

First of all, don’t panic ! This type of document is very common, and sadly (as a result of the Covid-19 crisis) likely to become even more so.

In simple terms, a Settlement Agreement (which was known as a “Compromise Agreement” until 2013) is intended to tie up all the loose ends which can arise when an employee and employer go their separate ways, whether that parting be amicable or otherwise.

This guide will take you through the basics, but if you are an employee, and intend to sign a Settlement Agreement, you will have to take professional legal advice at some point before doing so. Our experienced solicitors will be happy to offer professional and practical advice on your Settlement Agreement, in a manner which is convenient for you (and of course in line with all relevant Government Covid-19 guidelines).

A Settlement Agreement will be offered in any situation in which your employment is terminating, and your employer is seeking something from you which affords them some degree of protection.

Most commonly, there may have been a dispute between the employer and employee (perhaps in the form of disciplinary action or a grievance), and the employer will be seeking assurance that the person leaving their service is not going to bring any kind of claim against them in the Employment Tribunal.

Alternatively, the employment relationship may be ending due to a redundancy situation, and the employer may wish to have protection against a potential claim for unfair dismissal, possibly by offering an enhanced redundancy payment.

Finally, the employer may simply wish their departing employee to agree to something which restricts what that employee can do once they have left, such as an obligation not to set up in competition against, or publish derogatory comments about, them.  Such obligations may not exist in the original employment contract, or if they do, they may end when the contract ends.  In those circumstance, employers may be prepared to pay for added protection.

Can’t I Just Accept What My Employer Offers Me If I’m Happy With It, Without Seeing a Legal Professional ?

Not if you want the agreement to be legally binding.

The law perceives employment rights as so important, that it provides numerous provisions which require a person to seek independent legal advice from a solicitor (or certified trade union official or adviser) before they sign those rights away.  Gone are the days when unscrupulous employers could try to smooth talk or deceive their staff into accepting deals which sold departing employees short.

This requirement potentially protects employers too, avoiding them paying out money to somebody on the basis of an informal agreement for them not to bring any claims against the employer, only for the employee to then start proceedings anyway.  This is why, in most cases, part of a Settlement Agreement will stipulate that the employer will pay for, or make a substantial contribution towards, the costs of the employee obtaining the required professional advice.

Are There Any Time Limits Which I Need To Be Aware Of, Before I Sign A Settlement Agreement ?

The time limits for bringing almost all kinds of Employment Tribunal claims are far shorter than time limits in many other areas of law.

You therefore need to be aware that if you have a potential claim, the time limit in which to bring it doesn’t expire before the Settlement Agreement becomes binding.

Some employers may try to “run the clock down”, by dragging matters out, and delaying production of the written Settlement Agreement which may have been agreed in principle only.  Once an applicable time limit runs out, your employer will know that it is unlikely in most circumstances that any claim will be allowed to proceed, and will probably withdraw any offers of settlement made.

Calculating time limits can be complicated, and for that reason, we would always advice taking initial legal advice as soon as possible after you become aware that such a claim may exist and/or you are told that a Settlement Agreement is being offered or consider.  This will minimise the chances of deadlines being missed.

If I’m Offered A Settlement Agreement, Do I Have To Accept It ?

It is a contract, and any contract signed against the signer’s will would legally ineffective.

If you are not happy with what is being proposed in the agreement, then you may be able to negotiate improved terms (either on your own, or with the assistance of a professional legal adviser).

There may be risks involved in rejecting a Settlement Agreement or trying to negotiate improved terms, such as :

It is a commercial reality that many employers may be prepared to offer compensation within a Settlement Agreement which reflects the fact that if there is a claim brought against them after the employment is terminated, they are likely to have to pay at least something towards their own legal costs of representation, even if they successfully defend the action.   It is therefore often most cost effective for them to make more generous offers before a dispute escalates to litigation.  Once a case is brought, and high legal expenses incurred, there will usually be less “in the kitty” to actual settle the claim in question.

Needless to say, the degree of risk involved will vary depending on the facts of the case, and this is something on which our experienced solicitors will be able to advise you.

The decision as to whether to sign the Settlement Agreement will always be yours, but as you can see, it should always be made after serious consideration of all the relevant factors, and risks involved.

What Kind Of Payments Are Included In A Settlement Agreement ?

It all depends on the individual circumstances of the particular employment which is being terminated.

Typically the Settlement Agreement will include at least one or more of the following :

What Is A Tax Indemnity Clause ?

The amount of compensation which your employer offers to you will be based on certain assumptions (which should be spelled out in the Settlement Agreement) as regards those parts of the award which may be considered as not being subject to tax or national insurance deductions.

A tax indemnity clause, in simple terms, states that if what you have agreed between you is wrong, and the HMRC seek payment of a further tax payment from your employer in connection with any payment made under your Settlement Agreement, then you will be liable to compensate them for any additional payment which they have to make.

In essence, it passes the risk of the assumptions being incorrect from your employer, to you.

What Will Happen At The Meeting With a Solicitor ?

Our solicitors have advised people all over the country in connection with Settlement Agreements which they have been offered.

Each set of circumstances is different, but usually :

How Much Will It Cost Me To Get Advice On A Settlement Agreement ?

Our standard fee for advising an employee on a straightforward Settlement Agreement is £380.00 + VAT.

As referred to above, because it is in the interest of employers to ensure that a Settlement Agreement is legally binding, the agreement itself will often provide for the employer to pay the employee’s legal fees (up to a set amount) for the required legal advice.

In straightforward cases, the set amount offered by the employer is likely to cover the entirety of our fees.  If this is not the case, then we will let you know during our initial call with you, and discuss your options before proceeding any further.

Almost always, we will forward your final bill to the employer, and they will pay us direct.

I Want You To Advise Me – Who Do I Contact ?

Our following solicitors will be happy to advise you on your Settlement Agreement. 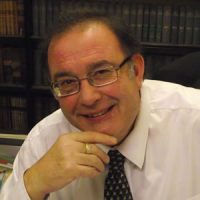 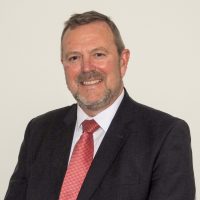 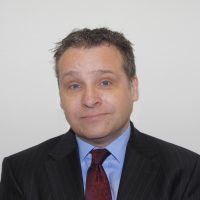